I didn’t track my November and December spending daily like I’ve got accustomed to over the last year or so and I can see the difference in spending for those weeks relative to the rest of the year is rather high. For one thing, I went for at least 2-3 weeks at a time eating every single meal out. I shopped indiscriminately and didn’t really set a budgeted amount for Christmas shopping. My spending was not very intentional. To help me get back into the habit of recording daily and provide more accountability, I’m going to try to keep a discretionary spending money diary post going for at least a couple of months. 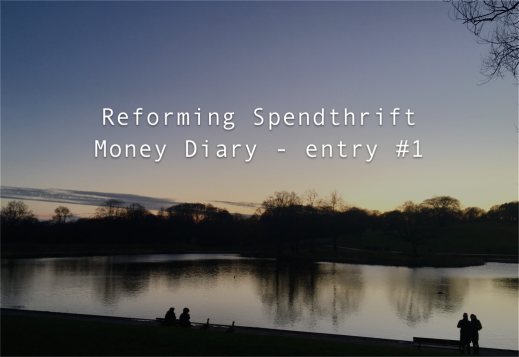 I took a walk round Hampstead heath . It was awesome and free!

Overall, I think I had a good week. If I could keep my spending to this sort of level and level of intentionality through the year, I reckon I’ll stay within budget.

NB: All the diary entries are only my discretionary spending and excludes savings, housing, utilities and other such fixed costs

NB2: All the things in green were budgeted and in budget, the stuff in black were known but not necessarily planned for the week and the stuff in red was either not budgeted or higher than budgeted