The last time I blogged was at the end of February. This is also the last time that I tracked my spending judiciously. I’d like to say that it was all down to my occasional extreme bouts of laziness but it’s been a little bit more than that. I have a strong suspicion that I’ve found “my person”. I met a cute girl when I was in San Fransisco at the start of March and even though nothing has happened, I’ve been caught up in a whirl of feelings that has manifested as insanely long phone calls and a complete disregard of most other things in my life. 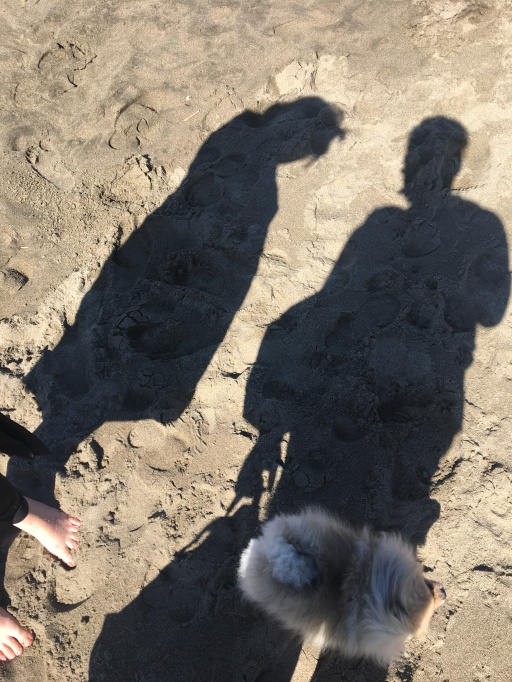 A delightful afternoon at the beach in San Fransisco

What did I get up to in March?

Like I mentioned earlier, I spent the first few days of the month in San Fransisco. I will write a separate post about it but it was wonderful. I went for the Lesbians Who Tech conference which was an awesome, inspiring place to be. I hung out with old and new friends and spent most of my time socialising or exploring the city – which I’d previously not visited.

Back in London I did such thrilling things as attend Vivaldi’s Four Seasons, discovered a couple of new bars and restaurants with my pals, hung out with my visiting sister and two adorable nieces as well as a couple of mates who were visiting from Madrid and Berlin, and attended a few films / events at my favourite film festival – the BFI Flare which ends tomorrow.

In the middle of March, I also visited Malta for the first time. It was fabulous and again deserves its separate post, which I will get round to writing within the next few days.

What has this meant for my finances?

Majority of my time this month has been spent in hours of phone calls. I haven’t tracked spending. I haven’t socialised with my friends except for previously scheduled activities. I haven’t been sleeping much at all and have made a lot of convenient choices – black cabs and takeaway/dine out meals I’m looking at you – to maximise the available hours I had at home to sleep a little and avoid complete burn out. I also paid for flights to go to visit “my person” in her city for our first date. They were pretty expensive

I think! We can’t keep up with our current rate of interaction. It’s super unhealthy that I’ve neglected cleaning, work, budgeting and financial things, side-hustling, grocery shopping and cooking nutritious meals, and just generally “adulting” in favour of acting like an infatuated teenager with zero responsibilities. I’ve averaged about 3 hours of sleep a night the last month and even had to start drinking coffee again. None of this great for my finances either. I have to review my spending so far in 2018 against my target and work out how I can earn more money and cut back my spending to make up for the overages in the first quarter of the year.

3 thoughts on “Where have I been?”